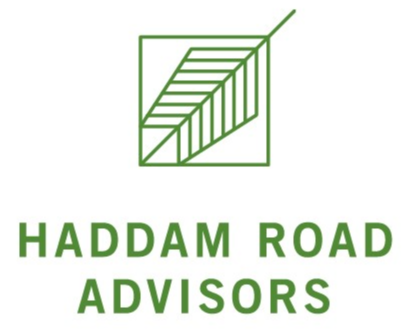 Investing in a viral age 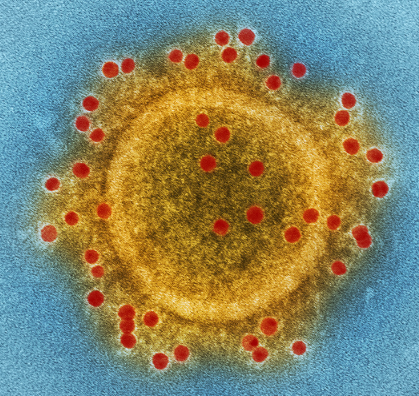 Photo by CDC on Unsplash

A week ago, scrolling through Twitter, a tweet showed up IN CAPITAL LETTERS, shouting:  “HOLY MOTHER OF GOD – the new coronavirus is a 3.8!”*  There were thousands of re-tweets and comments covering the entire spectrum of emotion from fear to anger and refutation.

The tweet and tweeter have since disappeared but this Twitter episode is a great example of how, in our digital age, ideas can replicate at the speed of light and reality can be shaped by the viral replication of said idea.

When I saw this tweet I personally thought, “don’t know what that means and 3.8 doesn’t sound like a big number, but if it’s an ‘HMOG’ then I guess it’s a big deal”.  I immediately started searching for ‘infection’ and ‘pandemic’ and learned about the Spanish Flu and I’m not ashamed to say, didn’t sleep well that night.

Turns out the number is termed ‘R0’ and describes the infective potential of a virus.  An R0 of 3.8 means each infected person will, in the model, infect 3.8 people.

But what does that really mean?

This is what ‘exponential’ looks like.  If each new victim infected 3.8 people the following day, in 13 days you’ve got 9 million sick people.

NOTE: this is not reality in virology, thankfully it takes longer than a day from exposure to infection to contagion:

It also turns out that the 3.8 R0 number was wrong.

In reality, this is what the coronavirus looks like over 19 reported days: 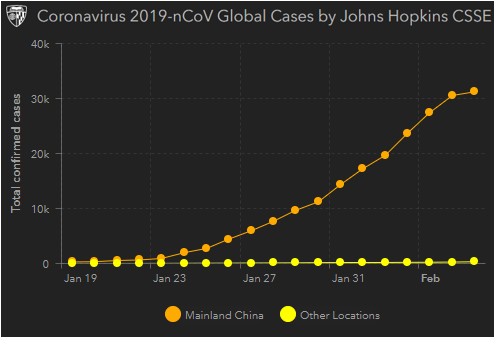 While still a real major threat, it is interesting however to see how the coronavirus threat went “viral” through cyberspace and created a certain reality that just hasn’t materialized… yet.  The original transmission of that “3.8” idea draws an interesting parallel to markets in general.

When does perception become reality?

In 1976 biologist Richard Dawkins published “The Selfish Gene” where, at the end of the book, he inserted an essay putting forth the idea of a “meme”; a “new replicator”, a “unit of cultural transmission or a unit of imitation”. ** He was putting forth a model on how ideas disseminate through humanity and in some mysterious way achieve fruition as a version of reality.  It was a revolutionary concept and one that has become a powerful force is today’s society and economy.

Now, fifty years later, an internet meme can replicate truly at light speed and turn ‘maybe’ into reality in the court of public opinion and in financial markets.

For instance, the price graph of a certain electric car maker over the last six weeks looks strangely familiar to the graphs above and begs the question, is this stock a “HMOG it’s a 3.8”?: 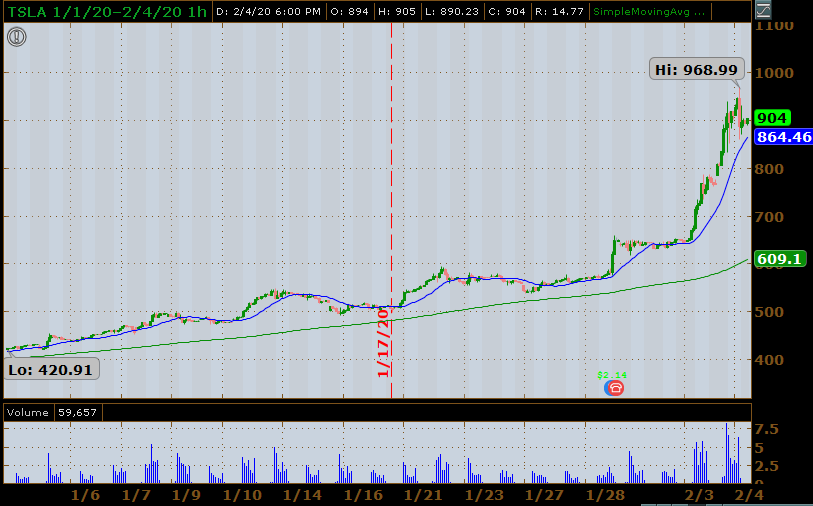 This car maker is now the second most valuable car manufacturer in the world and has a stock market value greater than the next three other global manufacturers (Honda, GM, and Ford) combined:

Is the one company ‘worth’ more than the others combined?   ‘Couldn’t possibly comment; in this forum mine is not to judge, only to observe.

The current market loves a growth story and many value investors are scratching their heads as the Ubers, Snapchats, Netflix, and (fill in the blank with a loss-making recent IPO that still has a PE ratio of 90), burn cash at an alarming rate on the promise of huge windfalls in the future.

Was WeWork a wake-up call?

Probably not.  It may take a string of failed IPO’s for the startup pipeline to stop.  There is still real emotion behind this trend and emotion can drive markets more than we’d like to think.

In financial markets the meme of “Growth over Value” has been an overwhelming trend over the last decade.  In many instances companies and their novel ideas have been rewarded much more so than traditional ‘providers of economic value’.

Here is another parallel to consider.  This meme of growth over value happened at the end of another decade, the late 1990’s.  That was the real beginning of the internet boom and companies like Boo.com, WebVan, and Pets.com were valued by the number of clicks their website received, not by profit or even revenue.

The air came out of that market quickly, in today’s easy money environment it’s unclear that a violent adjustment like that would occur, but I am not clairvoyant.  The positive momentum behind the electric car maker is a powerful meme and does not seem to be leaving this market quickly but the fear behind the ‘3.8’ can replicate just as quickly.

Value is called value for a reason, it’s not about the promise of exponential never-ending growth which is a super-powerful meme, but about investing in the actual tangible output of an ongoing proven economic concern.

In the age of viral investing, value is an unloved ‘meme’ at the moment but is a potential vaccine for the end of a growth-meme cycle.

The scenes of suffering and distress in China are alarming and difficult to see (and make one want to hug one’s children) and it is my hope the herculean effort undertaken by the authorities will bring this whole tragic thing to a manageable level.

** “We need a name for the new replicator, a noun that conveys the idea of a unit of cultural transmission, or a unit of imitation. 'Mimeme' comes from a suitable Greek root, but I want a monosyllable that sounds a bit like 'gene'. I hope my classicist friends will forgive me if I abbreviate mimeme to meme. If it is any consolation, it could alternatively be thought of as being related to 'memory', or to the French word même. It should be pronounced to rhyme with 'cream'.”
― Richard Dawkins, The Selfish Gene